Starting from B6 which is a relatively high level of security and above the armor is designed to stop some serious threats such as threats ranging from 7.62х51 (.308) up to 30.06 AP (Armor Piercing) and Penetrator rounds. Some sedans are rated at B4 or B5 protection level which can provide adequate protection against certain threats. Usually security vehicles such as SUV's are armored for different reasons like being a police car or ambulance and can provide a B5, B6 or B7 level of protection. For example, police type trucks are often designed to defeat .50 caliber rounds. Concerning vehicles with B5, B6, B7 level of protection – they are very resistant to explosions, for example our Aurum Security vehicles which are designed to defeat such threats as road side and suicide bombs. 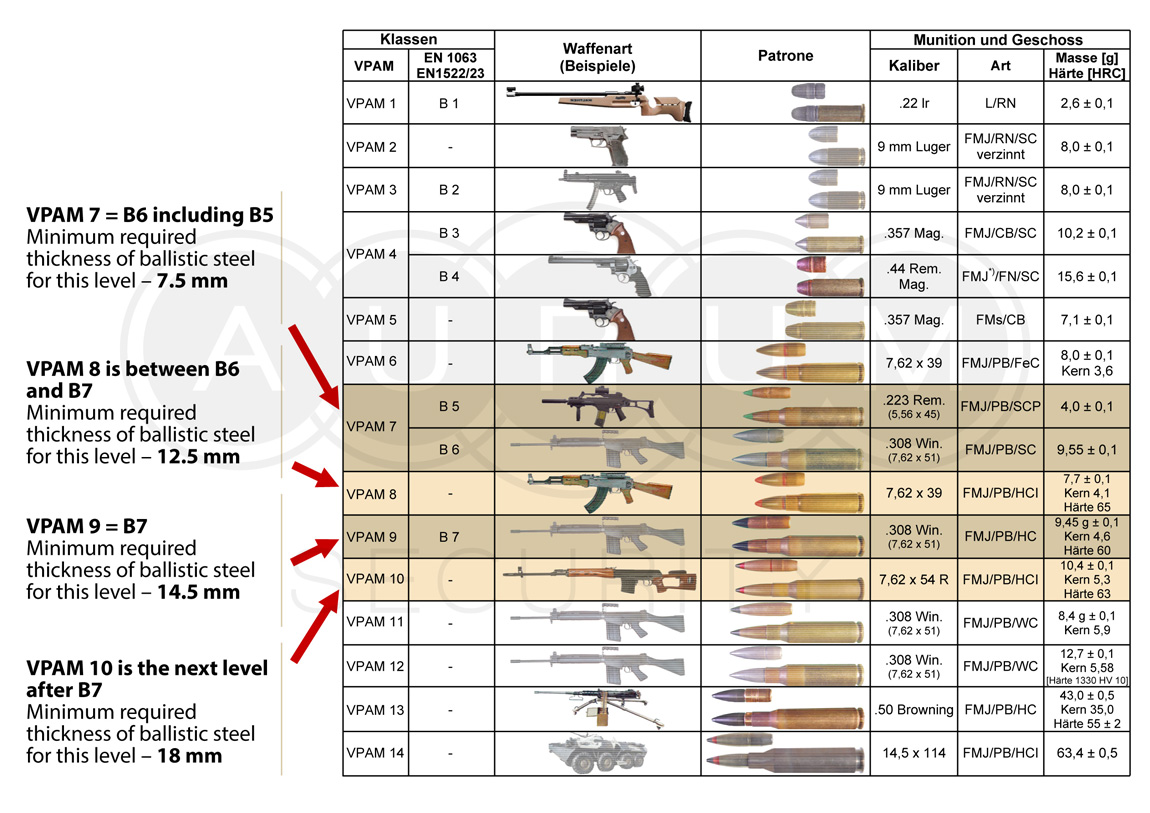