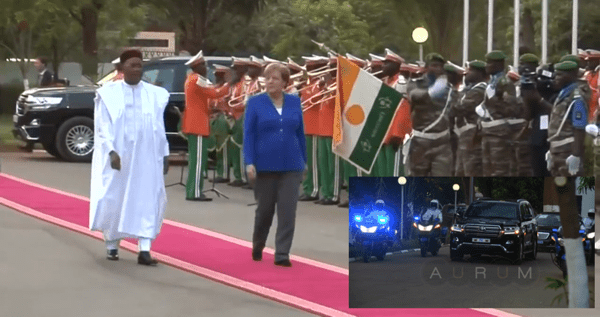 "Aurum Security" is rising to a new level. We increasingly armor vehicles for governments of various countries, this fact is a proof of our high level of work.

"Aurum Security" is the first and only company in the world that has certified off-road vehicles Toyota LC200 / Lexus LX570 to the highest protection level VPAM VR 10, which was earlier available only for military purpose.

An explosion in the diplomatic district of Kabul

The presence of numerous hotbeds of tension is an alarming sign of our times. Troubled regions remind us about themselves with tragic news.

One more explosion has recently occurred in the diplomatic district of Kabul. The tragedy happened at rush hour in the heart of the city. As a result, about 80 people were killed and more than 400 injured. The Ministry of Health of Afghanistan announced that many children and women were among the victims. Official authorities stated that the explosion on May 31, 2017 became one of the most powerful that ever occurred in the capital city of Kabul. The explosive was put in a car parked a few meters from the embassy of Germany.

The explosion in the capital of Afghanistan

Each new act of terrorism that occurs in the world forces us to evaluate the technologies that we use to ensure the safety of people who trust us with their lives. That is why we carefully study the information about attacks and assaults.

At the end of 2016, one such terrorist event became the object of our professional attention, which took place in the capital of Afghanistan. The explosive device was installed on the side of the road and detonated when MP FakuriBeheshti's vehicle passed near this place. As a result of the powerful explosion, the politician was injured and his bodyguard was killed.

A well-known journalist Pavel Sheremet was killed in the city center of Kiev, Ukraine

The specific of our work often leads us to look at the dramatic and even tragic events at a professional angle.

A well-known journalist Pavel Sheremet was killed in the city center of Kiev, Ukraine. Leaving out the human, political and criminal aspects of the case, we can investigate the mechanics of the process. Ukrainian channel "Espresso.TV" has posted a video from the place of assassination, which shows the burning vehicle of the journalist.

The certificate does not necessarily guarantee protection!

Material testing is one of the most important and necessary parts of complete vehicle testing. Technically speaking testing of materials is done to check whether a bullet penetrates protection or not; however you can find lots of different nuances here - the initial velocity of the bullet, the yaw angle, hardness of the material at each spot - all these points have their importance, so for the statistically reliable results multiple tests have to be carried out.

We were mentioned in an article on auto.mail.ru

Automail.ru portal published a review of the armored Mercedes-Maybach S 600 Guard, in particular comparing it with our SUV Toyota Land Cruiser. Experts, paying tribute to the comfort of Maybach, pointed out that our vehicles are more secure and in terms of level of protection are comparable with military ones.

Of course, the comparison with "the coolest VIP-armored car" is very flattering, yet we would like to clarify a few points.

An article on a Finnish portal moottori.fi

We found an article regarding the ballistic protection level VPAM VR 10 on a Finnish automotive portal moottori.fi and with pleasure noticed that the information disseminated about us is getting closer to the truth.

Aurum’s Toyota Land Cruiser Might Be the Best Armored Car

We are happy to announce that an article about our flagship vehicle Armored Toyota Land Cruiser 200 VR 10 has been published on a popular web-resource Autoevolution.com.

If you’re a very rich or influent person, then safety must be on you list too. Especially when it comes to going places where an ambush can be waiting at each corner. Of course, you’ll be tempted to buy an armored car, but then you should pay attention to what company you place the order to - some might not offer what they advertise.

Diplomats armored vehicle could not protect from bullets!

According to the data of secret report exclusively provided to "Bild": "The armor of the vehicles of the German Embassy Abroad is not good enough - it didn't stand the gunfire."

The report is based on the summing up of the incident which happened on 28 of April 2014 in the capital of Yemen - Sana'a. Thus, in the diplomatic quarter of Yemen capital - armored vehicle of German Embassy was attacked by fire by two people on jeeps. The incident happened almost in 700 m airline distance from German Embassy.