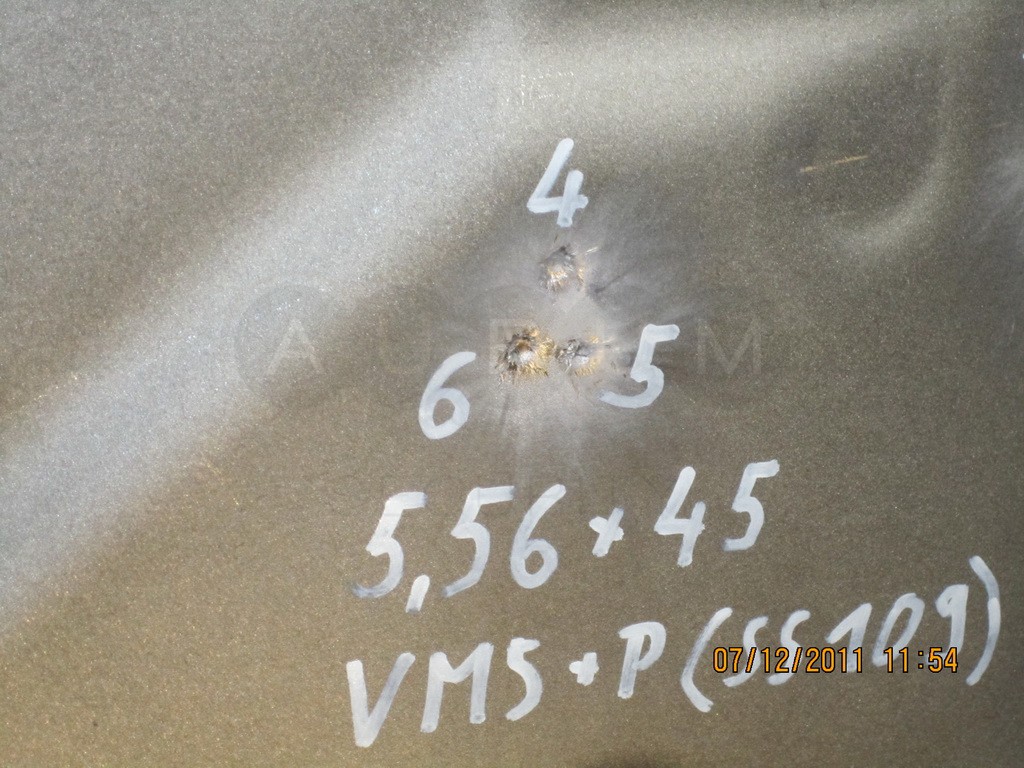 Ballistics is the science that studies material behavior under stress generated by the impact of projectiles, such us bullets or shrapnel, at high speeds. This provides a basis for systematization and development of certified protection materials for armored vehicles and involves extensive testing and research.

Ballistic testing of an armored car means taking a protection material such as armored steel, bullet proof glass (to be correct it's called multilayered laminated glass but the more common name is bullet proof), and make it undergo a certified impact test of certain ammunition type. To be accurate one must understand that protection of the armored car depends basically on the ammunition type and not the type of weapon, because nowadays there are several ammunition types for almost every weapon.

Another point to notice is that stating only the caliber is not sufficient to determine the threat level for a certified armored car as there are many different bullets with the same caliber. Lots of different parameters play a role in determining the ballistic characteristics of the ammunition, to name a few: muzzle speed, weight of the projectile, materials the bullet is made of, shape of the bullet, etc.
© 2013 - 2020 AURUM Security GmbH
The Material is protected by German and international copyright law and is the sole property of Aurum Security GmbH or third parties identified as the owners of the Material. The Material includes words, designs, phrases, marks or symbols that constitute registered or unregistered trademarks or official marks of Aurum Security GmbH or third parties. Any replication of any part of the Material is strictly prohibited