Оnly fully certified armored vehicles can provide real protection – these are VR-certified vehicles, which have been completely tested according to BRV 1999 / BRV 2009 standards. 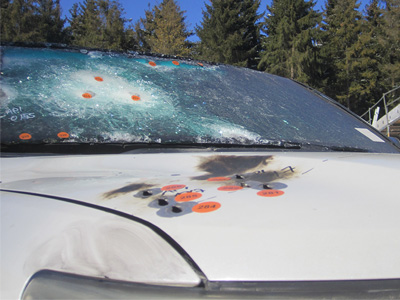 Certification is not difficult to obtain, so with the appropriate technology and persistence any manufacturer can have their steel or glass certified – it's just a matter of producing three 500 x 500 mm samples, each of which would stop three shots (CEN 1063 / VPAM PM 2007 standards). 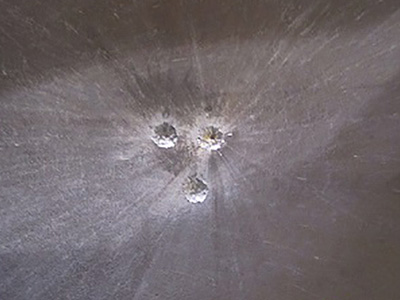 Obviously, the fact that the steel is certified does not guarantee that the armor plates have been installed into a vehicle in a way that provides a high level of protection. Fixing a certified armor plate to a car body using nuts and bolts does not guarantee that this plate will not go off after being hit by a bullet. It all depends on how the armoring scheme was designed and fitted!

Most armoring companies guarantee that "a bullet will not enter the vehicle without touching the armor" or "protection is provided against ballistic attacks at 90 degrees". Obviously it is nice to know that the bullet will touch the armor but it by no means guarantees that the occupants would survive – after "touching" the armor the bullet can change direction without losing much of its kinetic energy, thus remaining potentially lethal.

Many companies just don't know what they can guarantee as they never perform any ballistic or blasts trials – they simply install armor plates and bullet-proof glass into a car in the hope that it will help. Such "armoring" can be done in any workshop using basic tools and does not require specialist knowledge or technology – sadly the result tends to correspond to the effort.

Most of the armored civil vehicles on the market have ballistic gaps on the door frames when shot at at 45°. Another typical ballistic weak point is just below the wind screen. 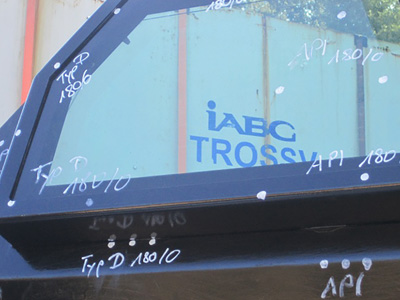 Most armoring companies use a construction method of overlapping armor plates and bullet catchers – putting two adjacent armor plates not just next to each other but with an overlap but if this is not done properly it will not stop a bullet.

Hard-core bullets tend to break and ricochet – the trajectory of a bullet after hitting the armor is impossible to predict. Installing overlaps or "big" bullet catchers does not solve these problems. 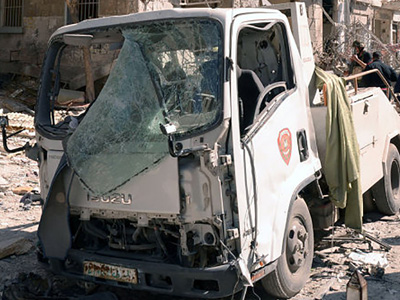 The cheapest way to armor a vehicle is to use standard holes in the car body to mount the armor plates and not to use welding at all (known as kit armoring). While providing certain ballistic protection such vehicles will not withstand even a small blast. A hand grenade can destroy this type of "armored" vehicle, even though it is a relatively weak threat

Such kit-armored vehicles increase the risk of injuries in a road accident – the original car body is not designed to carry the additional weight of the armor plates and can collapse.

It is worth mentioning that contrary to the claims of many manufacturers there is no such thing as "armoring according to the VR standard". BRV 1999 / BRV 2009 standards that define VR levels give no guidance as to how the armoring should be done; they merely prescribe the procedure for testing complete armored vehicles.

Types of materials and welding consumables, the welding technology, the interconnectivity of the parts and points of stress, the possible behavior of the structure under ballistic or blast attack, the method of overlapping between the steel and the glass, glass fixation within the frame – all of this is of crucial importance to the performance of an armored vehicle.

Our Toyota Land Cruiser 200 has been tested and certified by iABG according to BRV 2009, protection level VR 10. We use the same armoring design for all our vehicles.